Not According To Hoyle

Pretty much everyone who has an interest in playing cards has heard the expression “according to Hoyle“. Edmond Hoyle’s writings also included backgammon and chess, but Hoyle was best known for his written works on the rules and play of card games. However, in the 1940s (or thereabouts), premium advertising company Brown & Bigelow produced a play on the Hoyle name and slogan with their “Not According To Hoyle” playing cards. These cards, with their silhouetted female form on the front, hinted at “breaking all the rules”. 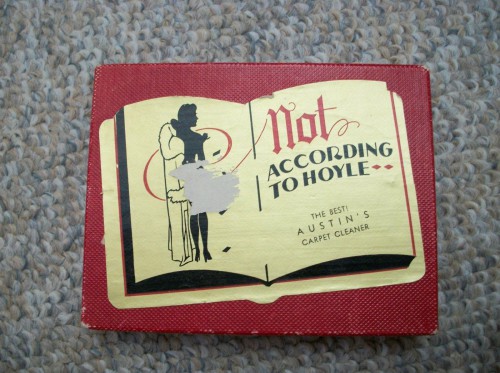 The cards inside featured a risque pinup, who appears to be losing her bra in a game of strip poker. 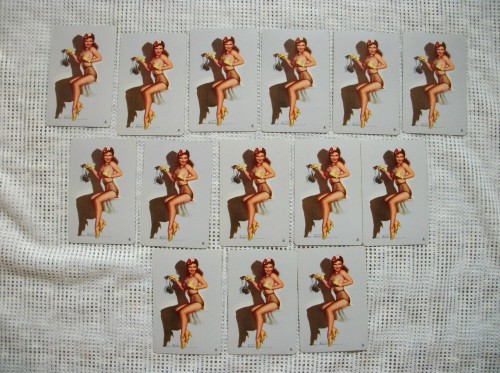 6 Responses to Not According To Hoyle