Betting On The Super Bowl

Casinos in Nevada took in almost $6.9 million on last year’s Super Bowl off wagers of $82.7 million, according to The Huffington Post. With this year’s NFL title game less than a week away, it seems like now would be a good idea for me to discuss my thoughts on gambling on football games (or any sporting event, for that matter).

Personally, I don’t have any real good tips on this year’s game. Or any other game, really. If I had any advice, it would be not to gamble on sporting events because the temptation to bet with your heart is too strong.

You see, I’m the kind of girl who can’t bet against her team. And if her team isn’t playing, I don’t care enough to really bother — unless some guy is boasting like a jerk, topping it off with one of those “girls don’t know sports” kind of obnoxious cherries. Then I’m bound to make a bet, just to shut the jerk up.

I know it makes me a “typical emotional girl,” but, frankly, I don’t mind being either “emotional” or a “a girl.” (“Typical” does, however, piss me off something fierce.)

My point is that if I were smart, I’d not bet on any sort of sporting event, including darts and pool; but that wouldn’t be much fun, now would it?

A large part of my career as a woman has been built on making bets against men in bars. I’ve won drinks, dinner, cash, the right to pick the movie, etc. — but my favorite is the bragging rights. What female can resist the right to show-up a show-off male? In front of his peers yet?!

And even if you lose, well, that’s generally expected, so it’s not much of a loss… If anything, it only makes the witnesses an easier mark the next time. *wink*

But back to this year’s Super Bowl.

I was born and raised a Green Bay Packer’s fan, so no matter the spread, the bar, or even the obnoxious drunk Green Bay guy who baits me otherwise, I’m betting on The Pack. That’s a done deal.

[However, I do have to say that this year’s championship seems like something straight out of The Smoking Man‘s Syndicate handbook; Packer’s Vs. Steelers is like The Great Rust Belt title, arranged as a pick-me-up for the areas hardest hit by the economy. (Sorry, Detroit, but everyone would know the fix was in if the Lions made it to the Super Bowl!) But maybe you don’t fancy conspiracy theories?] 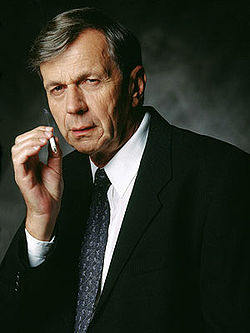 Did The X-Files Smoking Man Arrange This Year's Super Bowl?

For those of you who aren’t football fans, please do go out to bars and “watch” the game. There it’s expected that the ambient noise and poor visibility will make it nearly impossible for football fans to actually watch the game. There you can distract whoever you’d like with your cleavage, challenge other non-fans to pool duels and dart games, plug dollar bills into the jukebox, giggle loudly (with hair-flips, of course) that you don’t understand the game.

There you can be — meaning you won’ be here, at my home, where I’ll passionately be watching the game.

Or at anyone else’s home, or Super Bowl party, bothering other true fans.

And I guess that’s my real tip for today: If you aren’t going to watch the game, stay out of the way of those of us who are desperate to.

If you don’t, I’m betting that you’re going to hear about it, if not be blackballed from other events, and labeled a game-kill. And those are odds any other sports fan — or casino — would happily take.

1 Response to Betting On The Super Bowl