I know what happens in Vegas is supposed to stay in Vegas; but I think that’s only if you want it to. And this is a story I want to share *wink*

You have to remember I am old (in Internet Years, and according to my kids). A whopping 45 years old, to be precise. So when I say my first trip to Las Vegas happened when I was just legal enough to go and gamble, you know it was decades ago. (Boy, do I feel old typing that.)

Anyway, prior to heading to Vegas with my girlfriends, my only experiences in gambling were of the usual girlie variety… Card and boardgames played with family and friends, the payouts of which were chips or pennies, and those bets, dares, and bar challenges which took the money of friends and men in the form of drinks, dinners, and maybe a $20 bill. Certainly not a high roller. *giggle*

Since this was the 80s (I told you I was old, remember?), video games were my forte.

I kicked-butt and took money, not names, in Q-Bert, Centipede, both Pac-Man and Ms Pac-Man — but nobody, and I mean nobody, could beat me at Galaga. 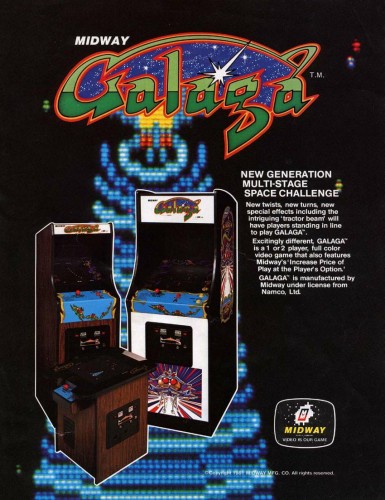 Oh, I’d love to reminisce about my glory days… The courtship between competitive players with glory on the line… My younger days… *sigh* The stuff we old married ladies grow wistful over… But that’s for another day. Today we’re talking about what I learned in Las Vegas.

So there I was, a PYT (if I do say so myself) with a pretty nice hobby of hustling men for a few bucks at video games, partying with my girlfriends in Las Vegas. We had a blast, of course. But I vividly remember sweating-out placing my one dollar bid — fully aware that somewhere, in a room we couldn’t access, men and women were dropping thousands without blinking an eye or dampening the underarms of their shirts. And that wasn’t because they had better antiperspirants; it was because I was small-time.

That lesson seemed more matter-of-fact than a goal at the time, really.

Until I got home again, that is.

Once back home, we girls returned to our usual college co-ed antics. Including the usual Sundays at the arcades, practicing our video game play so that we could keep our skills tight. But all it took was one game’s play, putting those quarters in, getting high score, with no coins falling out of the slot, and I was deflated.

Suddenly playing for high score wasn’t enough. Even knowing that playing now was practice for a payout later, I felt gypped somehow…

It was then that I remembered the big secret games behind closed doors, where gamblers with big stakes played real games — games for more than drinks, or free meals (because that’s nearly any day in Vegas anyway), but for big money and even bigger bragging rights.

That’s pretty much when my video game playing days ended. No longer would I stick money in a machine with no payout.

That’s when I switched to playing darts and pool. There even practice games came with the opportunity to play for money. Unlike the arcades, pool halls were open to adults and betting would ensue… To one degree or another. And even losing came with the win of learning something. Plus, a pretty girl need only place her quarters on the table to play next; she rarely ever had to put them in the slots and pay for the game itself. *wink*

Now, of course, with home video game consoles and the Internet, you needn’t pay for each game you play. But you usually won’t find any money pouring out of the monitors either. You can still play for drinks, cash, and bragging rights… But if you want real payouts, you need to move your gaming over to casinos, online or real-world.

Over the years, I gave up a lot of my aspirations to gamble in the big leagues… There was my college education to finish, a husband (or two) to snag, bills to pay, kids to raise… And without the Internet, travel to casinos was not an option. But now…

Now I can continue the dream of growing a bigger bankroll and maybe, just maybe, get myself in one of those high stakes games.

Here are a few more lessons in internet gambling that will keep you updated and ready to enjoy your casino encounters even more.

3 Responses to Early Lessons In Gambling From Las Vegas